Connecting with Communities Around the World

Global connections fuel Cupertino’s success. Many of our residents are immigrants or first-generation Americans. Likewise, many of the products designed here are distributed around the world. Partnering with communities in other countries celebrates and enhances the international nature of our community. 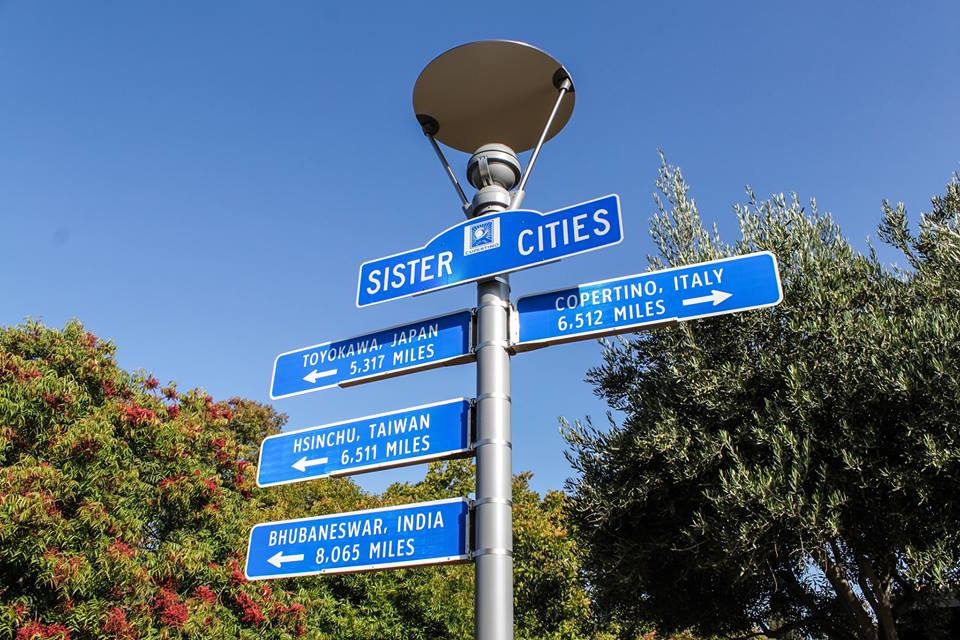 A Sister City relationship is a long-term, formal agreement that may include cultural, educational, business, and technical exchanges. These relationships start with the Mayor of Cupertino and his or her counterpart from the other city formalizing a Memorandum of Understanding. Thereafter, an association of volunteers nurtures the ongoing connections. These can include visits by delegations of civic and business leaders, student exchange programs, and cultural events.

Marking the importance of these relationships, a set of directional signs in the Civic Center courtyard point toward Cupertino’s Sister Cities (picture above-right).

Though less formal, a Friendship City relationship is also an important way to foster international cooperation at a local level. These relationships expire after two years unless renewed.